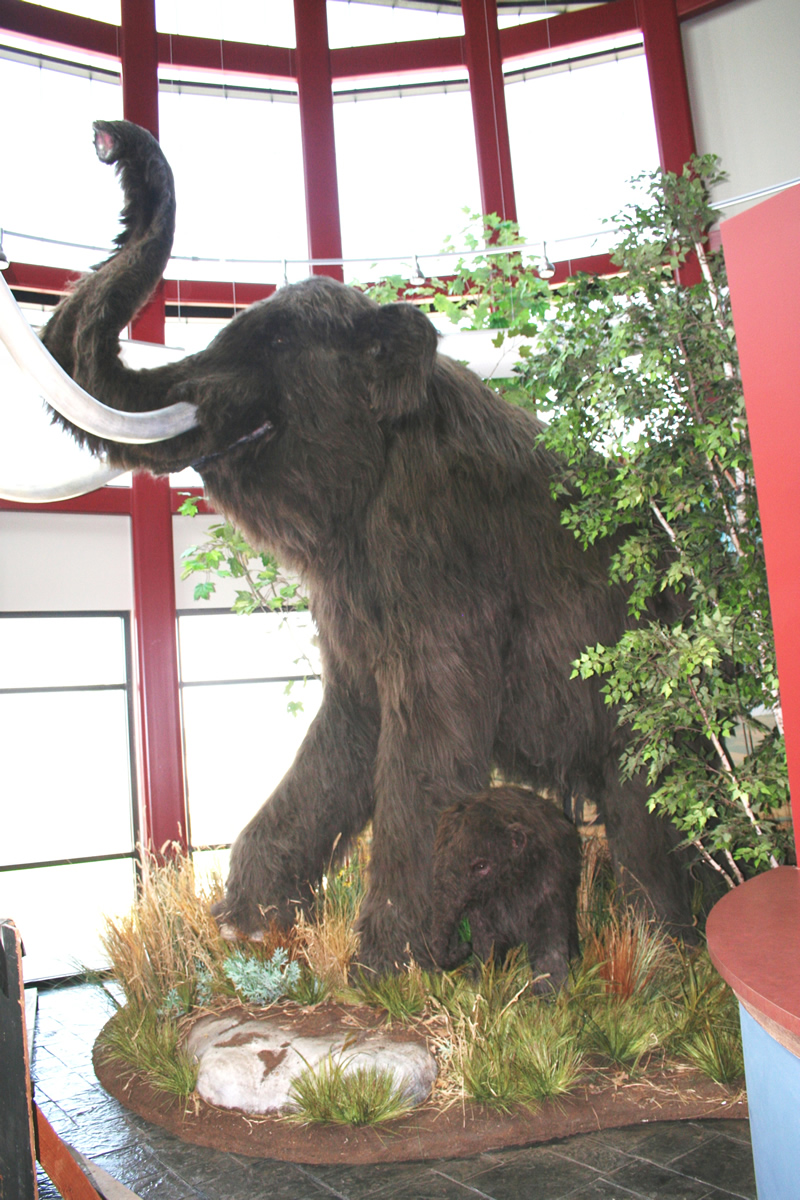 Meet Sembu & Remi!  The adult woolly mammoth and her baby create a memorable signature exhibit at the Remington Nature Center. Replicated to actual size, this exhibit allows visitors to understand the enormous size of these Ice Age creatures, as well as how they came to be in Northwest Missouri.

A member of the Elephantidae family, mammoths were first described in 1799.   Their tusks could grow to 16 feet in length, and they could live up 60 years of age.  Woolly Mammoths ate primarily grasses and plants called forbs - poppies, buttercups, and other small flowering plants.

Woolly Mammoths traveled in herds and migrated as far south as Missouri.  Actual mammoth bones, including a tusk, femur, humerus, tibia and mammoth teeth have been found in Buchanan County and other locations in Northwest Missouri can also be viewed at the Remington Nature Center. 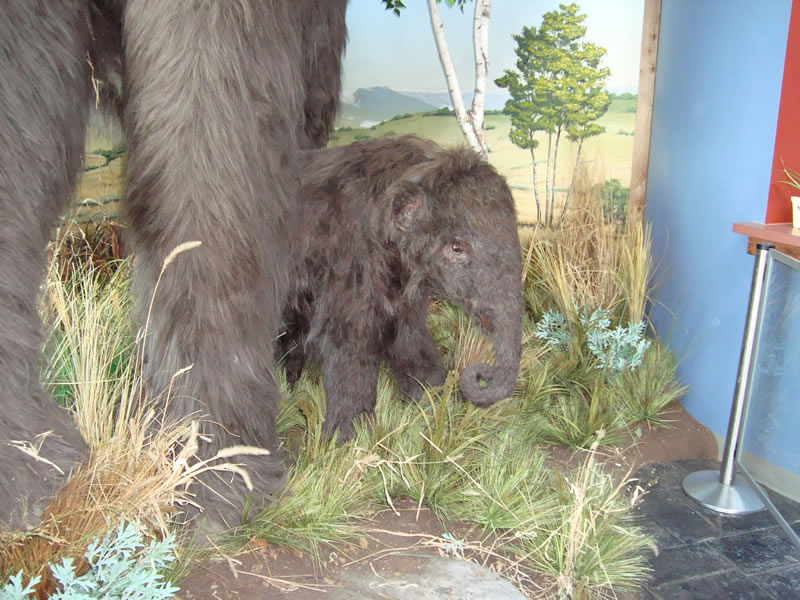 Taylor Studios in Rantoul, Illinois, designed the mammoths, as well as the scene around them. Specializing in museum-quality replicas, Taylor Studios creates lifelike exhibits for educational facilities around the United States including the National Civil War Museum in Pennsylvania, the Lewis and Clark Interpretative Center in North Dakota, and the National World War I Museum in Kansas City, Kansas.